Our comprehensive range of ball valves have developed an outstanding reputation for quality and reliability from cost effective versions through to high specification top end products to suit the most demanding of applications.

Our ball control valves range includes many options such as metal seated, multi port , steam seats to name a few, the products have approvals with Lloyds, TUV, Ta Luft, ATEX and CE PED.

Together with a complete range of electric and pneumatic actuation packages assembled and tested with positioners and limit switch boxes.

What is a Ball Valve?

Named after the spherical ball which acts as the moving element (or obturator) to isolate the flow, the ball valve is the perfect valve for isolation purposes which is why it is so frequently employed for this purpose in a multitude of applications. The ball has its cylindrical flow port drilled though its centre, which is turned by a quarter turn (or 90°) to be in-line with the flow (in the open position) or perpendicular to the flow (in the closed position).

The seat material, in conjunction with the rotating ball face provides the seal on both the upstream and downstream side of the ball.  The relative force on each seat (which in combination with the application media and pressure effects the required actuation force) is largely dependent on the type of ball valve used. There are typically two main styles employed. These are, floating ball valves and trunnion mounted ball valves.

Floating ball valves have the ball mechanically disconnected from any other parts in the valve. The shaft which turns the ball is sitting within a groove cut into the top of the ball. This groove is orientated so it is perpendicular to the flow direction. This enables the shaft to hold the ball when the valve is open.  When the valve closes the upstream pressure pushes against the closed face of the ball and the ball can move freely and seal itself against the downstream seat.

Floating ball valves are the most widely used ball valve as they are relatively inexpensive and suited to lower pressure applications for a wide range of isolation purposes. Because the floating ball uses the line pressure to seal against the downstream seat, the floating ball type may be less suited to very low pressure applications with very tight shut off requirements. It is important to remember, the required actuation force increases as the operating pressure increases.

Trunnion mounted ball valves are fixed in position and so only move on their own axis of rotation. The seats are spring loaded so they press against the sealing faces when closed. This means the trunnion mounted ball valves are more suited to larger diameters and higher pressure applications, where if they were floating, the upstream pressure could cause excessive force on the seat and deform the seat due to the larger surface area upon which the upstream pressure acts.

The sealing forces are much lower in trunnion mounted ball valves for higher operating pressures, The sealing areas is also smaller resulting in lower actuation forces being required, meaning that when compared with floating ball valves, smaller actuators or gearboxes can be used.

The spring loaded seats also make trunnion mounted ball valves more suited to low pressures, where in the floating ball design there would not be enough force generated to seal the valve effectively.

Unlike floating ball valves, where the upstream pressure pushes the ball against the downstream seat, trunnion mounted ball valves require different strategies to adequately seal against leakage. The most common types (as part of API 6D) are either “single piston effect” or “double piston effect”.

This arrangement is typically categorised as a unidirectional design.

An issue can occur in this design when the upstream seat fails. This would cause the body cavity pressure to increase and in turn, discharge itself into the downstream side, causing a leak.

In this instance, when the ball is closed, the upstream seat is forced against the ball, forming the seal. Should this fail, the pressure increases in the cavity and activates the downstream seat to also seal further against the ball. Therefore, reducing the risk of leakage if the upstream seat fails. The issue with this design is that there is no way for the cavity pressure to relieve itself should the cavity become pressurised, so safety vent designs should be employed if this is a possibility.

Ball valves may also fall under two other configuration types which are known as full bore, or reduced bore ball valves.

Full bore ball valves have a flow port with an internal diameter equal to the pipeline inner diameter. This results in a physically larger ball being required, increasing valve size and material costs, but the benefits are that there is a minimal pressure drop as the flow is unimpeded through the valve.  There is also no induced process turbulence.  The other advantage of the full bore valve is the ability to facilitate pig or cleaning rod access through the pipeline.

Reduced bore ball valves are used where cost is more critical factor than pipeline pressure loss. Typically the ball is 1 size less than the pipeline diameter. This results in smaller and lighter valves, but will increase the flow velocity and hence increase the pressure drop across the valve.

Ball valves have an opening characteristic similar to that of the equal percent characteristic. But due to the hard edges of the ball as seen through the flow when the ball is in a partially open or closed condition, the sharp edge increases turbulence and will have a propensity to erode, making the standard ball far from ideal for flow control.

Modifying the ball to change the flow characteristic

Valveforce are able to supply ball valves certified to API 6D, Lloyds fire safe, DNV and TUV approved, as well as BS 6364 for cryogenic services and EN 161 for gas equipment.

Ball segment valves are the valve of choice if you are looking for high capacity, free flowing valves with tight shutoff capability.  The ability to handle larger flows reduces the need for larger valve bodies, offering cost and space saving advantages. When combined with the V-port ball segment, slow opening characteristics mean the quarter turn valve can be adapted to meet the most demanding control and isolation requirements in a single valve.

As the ball segment moves completely out of the flow of the valve when open, the valve is suitable for abrasive, adhesive or more viscous media where maintaining a free flowing product is of upmost importance.

There is also the option for noise reduction ball segments and a multitude of body and seat materials, meaning we can match up the perfect valve for your application. 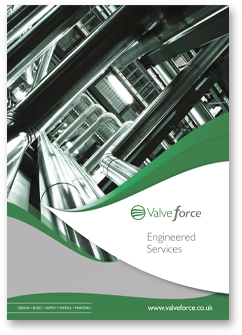 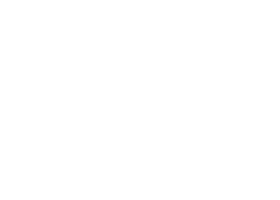 Valveforce Ltd specifically work alongside BSi for all aspect of our company activities by installing a UKAS accredited quality system in accordance with the guidelines laid down in ISO 9001:2015.

We use cookies on our website to give you the most relevant experience by remembering your preferences and repeat visits. By clicking “Accept All”, you consent to the use of ALL the cookies. However, you may visit "Cookie Settings" to provide a controlled consent.
Cookie SettingsAccept All
Manage consent

This website uses cookies to improve your experience while you navigate through the website. Out of these, the cookies that are categorized as necessary are stored on your browser as they are essential for the working of basic functionalities of the website. We also use third-party cookies that help us analyze and understand how you use this website. These cookies will be stored in your browser only with your consent. You also have the option to opt-out of these cookies. But opting out of some of these cookies may affect your browsing experience.
Necessary Always Enabled
Necessary cookies are absolutely essential for the website to function properly. This category only includes cookies that ensures basic functionalities and security features of the website. These cookies do not store any personal information.
Non-necessary
Any cookies that may not be particularly necessary for the website to function and is used specifically to collect user personal data via analytics, ads, other embedded contents are termed as non-necessary cookies. It is mandatory to procure user consent prior to running these cookies on your website.
SAVE & ACCEPT
Scroll To Top